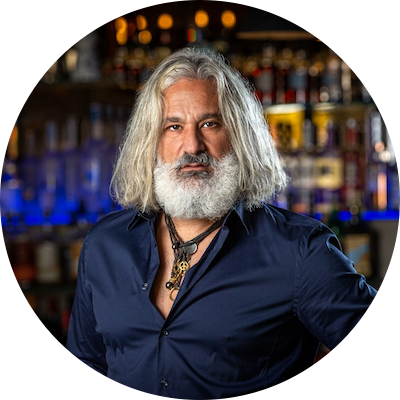 Brett R. Berish is the President & CEO of Sovereign Brands, a family-owned, international wine & spirits company headquartered in New York, which sells its portfolio of products in more than 100 countries globally. Brett and his company have developed some of the world’s hottest brands, including the smash-hit Luc Belaire line of French sparkling wines, which has earned global acclaim for its exquisite taste and striking package, and is the fastest-growing French sparkling wine in the world. Sovereign’s portfolio also includes Bumbu, a craft rum from Barbados that ranks among the world’s most critically acclaimed rums and is already the best-selling brand in the U.S. premium rum category, as well as McQueen and the Violet Fog, a small-batch gin from Jundiai, Brazil, which was awarded a 93-point score by Wine Enthusiast. Sovereign’s newest release, Villon, is revolutionizing the cognac category. Brett’s past brands include Armand de Brignac (“Ace of Spades”) Champagne and D’Ussé Cognac, two of the most successful brands in the super-premium Champagne and premium Cognac categories, respectively. Mr. Berish has been profiled by Forbes, Crain’s Chicago Business, and Market Watch, among others, and was recently recognized by Goldman Sachs as one of the 100 Most Intriguing Entrepreneurs at the Goldman Sachs Builders + Innovators Summit. He has also been invited to speak on popular radio shows including The Breakfast Club and Young Money Radio. Brett’s self-made success has informed his company’s values, culture & celebrity partnerships, culminating in Sovereign’s prolific marketing campaign “Self Made Tastes Better”, which includes a series of interviews hosted by Brett alongside some of the world’s biggest celebrities, from recording artists to athletes, actors, TV personalities and influencers – all of whom are also confirmed fans of Sovereign’s brands. Together with a proven ability to create powerful, resonant brands, the international partnerships Mr. Berish has created with some of the world’s finest wine and spirits producers have given Sovereign Brands an extraordinary and unique portfolio of wines and spirits..

Episode 84 - Branding Against the Grain With Brett Berish

You’ve heard your hosts give the blueprint from today’s special guest before, but now, he’s actually “in the building”. Mr. Brett…