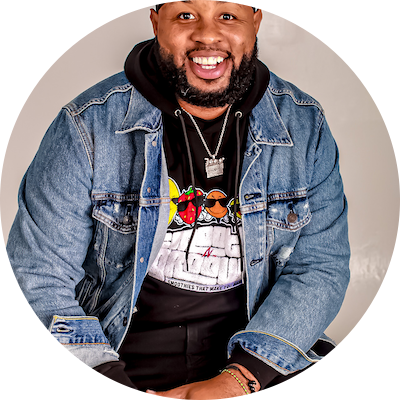 Meet Keon Davis a graduate from the illustrious Tuskegee University with a degree in sales and marketing and business administration a member of Tuskegee University's football championship team and Kappa Alpha Psi fraternity Inc.

Smooth N Groove was in the works of becoming a reality and not an idea, so when the time for developing an official menu came Mr. Davis wanted to make his customers excited and ready to Groove when they read his menu, which is why all his smoothies from the “Running Man” to the   “Nae-Nae” are named to do just that, Dance! Mr. Davis’s decision to place Smooth N Groove inside a workout facility was a way for him to fulfill his main goal; in that location he was already surrounded by those that wanted to better themselves and always keeps an open door to anyone trying to start on that path.

Smooth-n-Groove all started with Keon Davis who had a vision of being self-sufficient. He has kept the primary goal of implementing his competitive spirit with his natural leadership skills to make his dreams come true. Mr. Davis was able to do just that when he discovered his desire to entice peoples’ interest in their heath by opening a smoothie and juice bar with a creative edge “Smooth N Groove”. The concept and creativity started with his logo design; as a child Mr. Davis loved the California Raisins, so it was only right that the mascots for his business be a modern day twist on just that, garnished with the big black glasses.

After having a really really successful start Keon Davis I had an opportunity to not only win the national urban leagues elevator pitch competition but also be selected as entrepreneur year and a host of other awards.

During the beginning time of the business Keon Davis had an opportunity to partner with army university to become a part of the meal student program also opening up stores all over the Auburn Montgomery area including the store inside of Walmart.

During the time of been very successful Keon Davis end up losing almost everything due to unwarranted audit which force him to shut down all the stores and relocate to Atlanta where he currently lives and has restarted with his food trucks and now has his first brick and mortar in McDonough Georgia.

During the move to Georgia Keon Davis was able to work with some of the largest brands in the world including wild n out Tyler perry target State Farm Arena the Falcons Gatorade and the list goes on.

Keon has had An opportunity to be a finalist for target and revolts show "BET IN BLACK" and also featured in TLC 1000lb friends.

Keon also just received the proclamation from his hometown of Anderson Indiana. That boy got the key to the city.

This episode is a whole different animal as your hosts get the success blueprint from Keon Davis, CEO of Smooth N Groove. This ep…